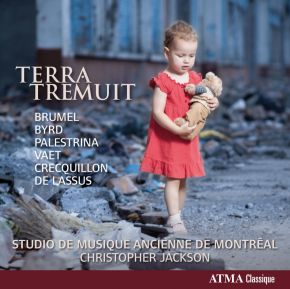 Considered to be the most original of his compositions, Et ecce terrae motus was probably written around 1497, and is preserved in a manuscript copy made by de Lassus for a performance in Munich in the 1570s, some 50 years after Brumel’s death. Also featured on this CD are motets by Jacobus Vaet and Thomas Crévillon, who belonged to the generation of Franco-Flemish masters that followed Brumel’s.