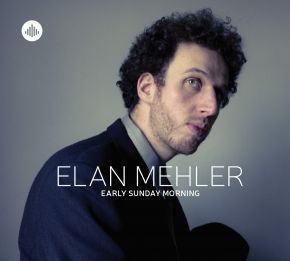 There’s a wonderful line about folk music in the Coen Brothers’ film Inside Llewyn Davis: “If it’s never been new, and it never gets old, it’s a folksong.” It seems odd to think of jazz as folk music: we’d never find it identified as such in a record store or on the radio or whatever other listening interface we’re fiddling with these days. But in the broadest and most generous definition—and when it comes to music, these are always the best to employ—it really is. It’s hard to say exactly jazz was new and it certainly never gets old; it’s an oral and aural tradition, passed carefully through generations like some evolving heirloom; and it’s of the people—the folk. Or at least it has been, and should be.

Another synonym for folk is “vernacular.” One of the 20th century’s greatest cultural critics and greatest jazz fans, Ralph Ellison, once defined vernacular as “putting something else with what you’ve already got.” In other words, taking what the world’s given you and doing something new with it: for Ellison this described pretty much anything worth a damn in America. When Bird turned “Cherokee” into “Ko-Ko,” this is what he was doing; when Dylan made “No More Auction Block” into “Blowin’ In The Wind” he was doing the same.

I’ve been thinking about all this while listening to Elan Mehler’s Early Sunday Morning, an album that ends with a folksong, sort of (more on that later), and contains a healthy dose of standards (“Come Rain or Come Shine,” “Don’t Explain,” “It Never Entered My Mind”), folksongs of sorts in their own right. But even the originals have the lived-in confidence of the comfortable and worn, from the lovely “Ophelia’s Song” that opens the record, to the infectiously angular “Snakes of Coney Island,” to the lilting, lyrical “Abigail’s Waltz.” And of course there’s the album’s centerpiece, the four-part, disconnected suite “Early Sunday Morning,” which boasts a melody so twisting and haunting it recalls Blue-period Joni Mitchell. Who of course knew some folksongs herself, and here we are again.

I should say here that I’ve known Elan for a long time, probably longer than I’ve known anything I’ve mentioned in the above paragraphs. We first met we were fifteen, at that moment when you’re starting to figure out who you are, and who you want to be—when you’re learning how to put something else to what you’ve already got. We were both obsessed with music, and bonded over it, jazz in particular. For a couple kids from the suburbs music was that something else, the thing that took you out of the near and familiar, whether it was Led Zeppelin or Ray Charles or Bill Evans or A Tribe Called Quest. The fact that we’ve both built our lives around music since then speaks to both the quality of what we were listening to, but also what we were allowed and encouraged to do with it. It was someone else’s, and then it became ours.

The music on Early Sunday Morning inherits and reflects this: it’s new, it’s old, it’s someone’s and it’s everyone’s. Elan’s piano playing—which, again, I’ve been listening to since we were fifteen—has always had a way of cutting through the noise, for lack of a better phrase. There’s never a false note, no overly gilded voicings or showy pyrotechnics, just ideas, always good ones and lots of them. One of the problems with genres reaching the “prestige” stratosphere that jazz has been rocketing towards since, oh, 1945, is that it begins to exist only for itself: like a velvet-rope gala or an Ivy League school its eliteness comes from disengaging, from keeping everything out, most notably the “folk.” The best music—and the only important music, really—exists for everything outside itself.

Elan’s playing understands this, and nowhere is it more evident than in Early Sunday Morning’s aforementioned final track, “Way Over Yonder In the Minor Key.” Here is a song with a story so twisting it’s practically a folk tale itself: the lyrics were written by Woody Guthrie but never set to music until the 1990s, when the British leftist punkish folksinger Billy Bragg concocted a lovely melody for a Guthrie-inspired project he was undertaking with the Chicago alt-country band Wilco, Mermaid Avenue. In that sentence alone we have a half-century worth of history spanning two continents and a library’s worth of genres. And now here is Elan Mehler’s version, an American pianist recording in Paris, stripping Bragg’s song of its words and rendering it as recontextualized melody and harmony, haunting and beautiful. What was once Guthrie’s has become Bragg’s and become Mehler’s, and all of ours, always new and never getting old.

--Jack Hamilton is research fellow at the Laboratory for Race and Popular Culture at the University of Colorado and the pop critic for Slate magazine. His work has appeared in The Atlantic, National Public Radio, Transition, Rolling Stone, and many other publications.

Elan Mehler (artist)More information
20-10-2014 Concerto
"Early Sunday Morning shows that Elan Mehler is a more masterly storyteller at the solo piano"
01-10-2014 Pianist
""Put Elan Mehler behind a piano and nobody, whether you are a jazz fan or not, wil be untouched."

01-08-2014 Pianowereld
""Early Sunday Morning suggests timelessness, as if the music played on these controlled virtuoso, always has been here""
11-07-2014 Nederlands Dagblad
"Mehlers restrained play in chamber jazz combines the full wealth of classical pianoplay with the joyful exuberance of improvised music."
01-07-2014 De Pianist
"Where many jazz pianists lose themselves in virtuoso keys violence, Mehler remains a poet who sets up melody and harmony instead of virtuosity and explosion.

[...] Mehler puts the piano centrally by a peaceful tranquility and a perfect companion for a lazy Sunday morning. Beautiful."

01-07-2014 Pianowereld
""Elan's playing radiates calmness and repose, but is never boring or superficial.""
23-06-2014 Rootstime
"Mehler excels with his beautiful played tones and phrasing"
21-06-2014 WonderingSoundj
"Charismatic solo piano session from Elan Mehler, who maintains a steady peacefulness throughout the album, while tinkering with subtlety and nuance to provide the tiniest fireworks to brighten things up a bit. Some originals, some standards, and all of it beautiful.
"
13-05-2014 Written in music
"The last year released live album 'Being There, Here' did not get the attention it deserved worldwide but with this just released solo album One last year released live album Being There, Lord, with his trio also did not get the attention it deserved worldwide on the basis of the large class deserved, but his just-released, first solo album Early Sunday Morning must now go quite right come."
13-05-2014 Plato Mania
"As album title implies, the album became an introspective collection of songs that expose his influences.  Both those from jazz and from pop and rock."