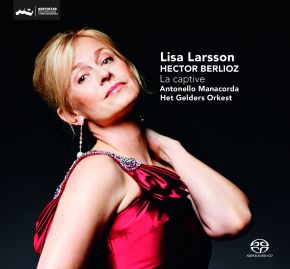 Before winning the Prix de Rome in 1830 with the fairly scholastic cantata La mort de Sardanapale, Berlioz had already submitted attempts in the form of La mort d’Orphée (1827), Herminie (1828) and La mort de Cléopâtre (1829). Herminie was outstripped by the submission made by Ross-Despréaux and only came second. The cantata Herminie would survive, however, not least because Berlioz derived the idée fixe from his Symphonie Fantastique. The cantata, to a text by Pierre-Ange Vieillard, was inspired by Tasso’s ‘Gerusalemme liberata’, an epic set during the Crusades. And then, following the failures of Orphée and Herminie, came the third attempt. In that particular year, the jury decided not to award any first prize. It was only the next year that he succeeded in satisfying the jury, when he obediently followed the advice he had been given with the less colourful and much shorter cantata La mort de Sardanapale. Winning the Prix de Rome allowed the victor to spend two years in the Eternal City. Berlioz complained about all manner of things in Italy, from the demise of sacred music to the general ignorance of music in the country. All that I could produce for the Académie was confined to three or four pieces.’ One of these pieces was the song La captive, whose success he could not have predicted.

Arnhem Philharmonic Orchestra (orchestra)More information
01-10-2014 Luister
""Her voice is clear and she can switch between volumes""
01-09-2014 Gramophone
"Of all the spacious SACD productions that have come out of Challange Classic, none I have heard is this luminous."
29-08-2014 The Guardian
"Larsson handles the ehibitionist stuff that Berlioz includes with aplomb"
13-08-2014 Classical CD Choice
"Berlioz's dramatic cantatas have enjoyed several successive readings of varying merit, but this is among the very best"
13-08-2014 Classical CD Choice (website)
""A striking disk.""
25-07-2014 The Irish Times
""Swedish soprano Lisa Larsson takes a leaf out of the composer's book, giving performances that are focused on dramatic engagement, even when they result in moments of vocal stress and strain that others might shy away from.""
26-06-2014 Pizzicato
"A first-rate CD production with Swedish soprano Lisa Larsson’s great, flexible and expressive voice. She sings with intensity in the dramatic scenes and shows moving intimacy in other passages, notably in ‘La mort de Cléopâtre’. The accompanying orchestra performs in an equally exciting manner, so that we only can recommend this recording which gives Berlioz his genuine French colors."
24-06-2014 Pizzicato
""A first-rate CD production with Swedish soprano Lisa Larsson’s great, flexible and expressive voice""
28-05-2014 De Volkskrant
"Larsson has a blessed voice: Well focused, full of color and she leans on a resilient legato."
08-05-2014 Musicalifeiten
"We can be proud of the very committed and well playing accompaniments of the Gelderse Orkest. They finally have the oppurtunity to manifest their self for a larger audience. That is precisely why the program could have take a bit longer"
Gramophone
""This is a fine addition to the Berlioz discography.""