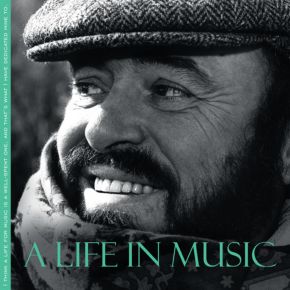 A life in music

The career of Luciano Pavarotti spanned 45 years, one of the longest careers
of any operatic singer. His debut took place in Italy in Puccini’s
La bohème in April 1961, and this remained one of his signature roles throughout his life. Later that same year, he made his first appearance in Verdi’s La traviata. The next year, in Palermo, he first sang the Duke in another Verdi masterpiece, Rigoletto. The single performance, however, that propelled Pavarotti into world fame was at the Metropolitan Opera in New York in 1972, when he sang the role of Tonio in Donizetti’s The Daughter of the Regiment (La fille du régiment). The nine brilliant high Cs that he effortlessly emitted in the single aria “Ah, mes amis” brought down the house, and earned him the nickname he would carry ever after: “King of the High Cs.”