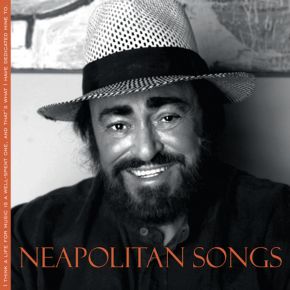 The Neapolitan song is a specific genre of classical vocal music with a distinctive style that, once heard, is never forgotten. It originated officially at a music festival in Naples, Italy, in 1835 but reached its international heyday in the early 20th century when the great tenor Enrico Caruso, himself a native of Naples, sang Neapolitan songs as encores to many of his opera recitals. Since then almost every famous tenor has continued the Caruso tradition, and in modern times almost everyone has left an album of Neapolitan songs along with their operatic recordings. Naturally, Pavarotti did also, and these short songs with their direct emotional impact, usually full of sweet nostalgia and a touch of melancholy, graced virtually every vocal recital he ever gave.