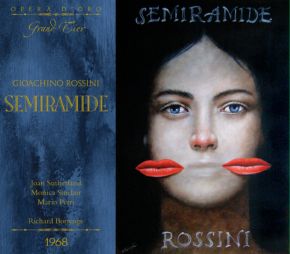 “Joan Sutherland recorded this role commercially for Decca two years before this 1968 Roman RAI broadcast; nonetheless, she is more convincing and in slightly spryer voice here. Mario Petri also is a bit better as Assur than Joseph Rouleau on Decca, and with one exception, the rest of the cast is about equally good ... Richard Bonynge leads a convincing reading.” — Robert Levine, ClassicsToday