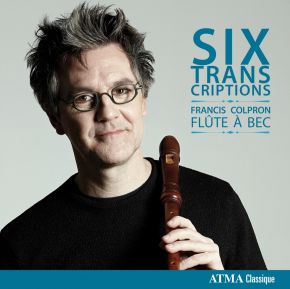 A recital of six Baroque-era compositions transcribed for performance on the recorder by noted flautist/recordist Francis Colpron. Mr. Colpron is founder (1991) and artistic director of Les Boréades de Montréal, which runs a concert series in Montreal, tours North America and Europe and has recorded many CDs on ATMA. His capacity for innovation both in the artistic and interpretative spheres have been acclaimed by the public, critics and the cultural authorities alike.