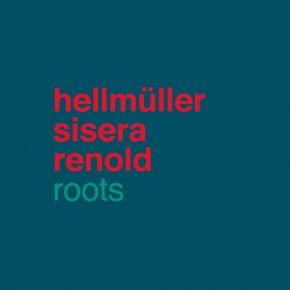 Jazz is an abiding paradox. Best-case scenario: jazz musicians carpe that diem and make themselves at home in it. On an unceasing river of phenomena it’s only the ad-hoc inspiration that counts, reacting to the now, taking a sudden impulse and running with it. But those very same musicians also lay claim to a whole passel of traditions, whether to assimilate or – oh snap! – to transcend them. Jazz is the art of celebrating opposites, and if you do it wrong, it’s all too easy to get lost in the middle.

The standard is the extremest expression of this polarity. Born ages ago in a galaxy far away, it is always a form of time travel, except it doesn’t ever announce an official destination. The standard is a chameleon, and its origin and destiny are as mysterious as the reason for its continued appeal to audiences and musicians alike, even though there’s surely nothing more to be said on the subject. More than once, and more and more frequently, the jazz world has wondered whether it isn’t time to give standards a rest once and for all; but the power of these tunes is greater than any and all calls for a serious retuning.

Now, it’s a fact that songs by Dylan, Lennon & McCartney, Leonard Cohen, even Sting have long since become jazz-able. But all standards truly deserving of the name are derived from a venerable American tradition stretching from John Philip Souza to Bill Evans and all the way to hard bop.

Franz Hellmüller is known for his guitar work in various combos; constantly in quest of unexplored passages through the jungle of jazz, he draws on everyday experiences with unusual depth and acuity and is forever discovering exciting new ways to marry the familiar with the unknown. Like all creative people, however, he needs to keep his balance while attempting his feats of derringdo. Because every quo vadis always assumes a point of departure. For modern creators, of course, it is much easier to answer the first question, with its speculative dimension, than to give an account of one’s origins, which demands a credo. Since, although speculation can be revoked at any time, a credo is for keeps.

Together with Luca Sisera and Tony Renold, Franz Hellmüller has got to a point where confessing his roots is not only inevitable, but mandatory. The trio’s takes on standards are not simply the next in a series of 1001 variations on the same old same old, rattling on down through the history of jazz for eons already: they are an anchor for a boat headed back into harbour from the open sea. For good? No sir! They weld the bonds of collective memory to the contingency of an individual perspective: no standard album of standards, but one that will set standards. The classic jazz numbers on this CD are the charts these three musicians can use to set sail once again, and not only on this disk. A break in both senses of the word, a creative process of orientation – an adventure.