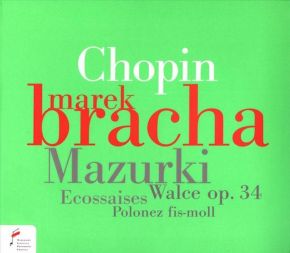 This album is recorded by young, talented pianist Marek Bracha and opens a new recording series: Debuts. It is the effect of NIFC's concern for the most tallented young pianists and the first task being accomplished by the Department for Promotion of Young Talents founded within the Institute.

The repertoire on this disc is: