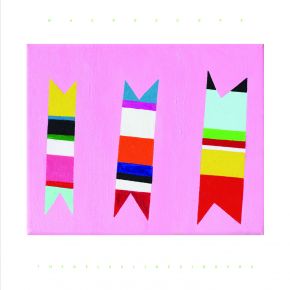 MACROSCOPE, the fifth album and Mack Avenue debut by his adventurous trio The Nels Cline Singers, provides a measure of the long-running group’s staggering range. Captivating and continually surprising, the album finds the instrumental trio with the slyly deceptive name veering in one off-kilter direction only to suddenly be overwhelmed by another drastic stylistic shift, often within the space of a single tune. Serrated psychedelia becomes consumed by soulful Brasiliana, blissed-out electronica overwhelmed by garage-rock skronk. Then there’s the wholly unexpected “Red Before Orange,” where a howling Hendrix-inspired solo suddenly erupts in the middle of a slick lounge-jazz number, Cline unleashing the inner George Benson that few of us expected he even had.
“The title MACROSCOPE speaks to the idea of the mutt within,” Cline says, “the fact that I’m not in any one genre, and never have been. I was a rock and roll kid, but after hearing Coltrane and Miles and Weather Report, then Indian music and Nigerian pop and that sort of thing, there was no turning back. From that point on, the idea of purism just was not possible.”