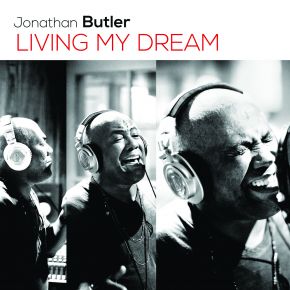 South African singer-songwriter-guitarist Jonathan Butler is tending to his herb garden at his suburban
Los Angeles home. Growing tomatoes, bell peppers, rosemary, sage and thyme, his new pastime that he says gives him “a new sense of heaven,” is part of a mindset he has cultivated that he has dubbed “the season of me.” The musical counterpart to this harvest season in the two-time Grammy® nominee’s life is Living My Dream, a bountiful feast of organically nurtured contemporary jazz instrumentals and soul-mined R&B vocal cuts—all original songs that he produced and tracked live in the House of Blues studio in Los Angeles.

“Each album is a page of your life and this is the season of Jonathan Butler, the season of me. It took years for me to be able to use the term ‘living my dream.’ I had to grow in my confidence and comfort and security first,” says Butler. “It’s one of those albums that I really didn’t think I had in me. I had been struggling, going through this emotional period. Last year was a transitional period. Once I got my wind and got back to a place of focus, it turned out to be the best experience for me. I had to be vulnerable to the songs. It was magical tracking the album and I felt surrounded by the positive vibes from everyone in the studio, especially [daughter] Jodie [Butler] and Dennis Dodd, Jr. They beat me up to write every day. They motivated and pushed me, and kept me focused. When others believe in you, it’s nothing to take lightly. Jodie and Dennis believed in me and I think we did something great on this album. I kept the production natural. These are all original compositions that came from the heart. It’s a classic Jonathan Butler album.”

22-07-2014 Keys and Chords.com
"The album starts with the instrumental 'African Breeze', an energetic, cheerful and beautiful track."