The code is valid one time and valid for a 10 days after receiving the promotioncode. Your emailaddress will only be used by Challenge Records International and will not be given to 3rd party advertisers. If you have any questions please contact us.
TITEL CD is added to your cart.
1346417156 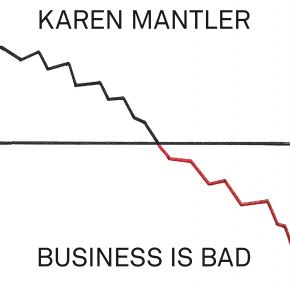 Karen Mantler is back, with a new collection of songs about the human condition and troubles large and small. Nonchalantly and disarmingly, Karen sings of homeless people in the park, the disappearance of friends, the frustrations of being monolingual, the challenge of improvisation, music with a mind of its own, and encounters with bill collectors, lawyers, snowstorms, and ash-spewing volcanoes. Through it all she sounds like a survivor, monitoring mishaps with deadpan humour.

Almost 20 years have passed since the recording of her last XtraWatt album, Farewell, which praised and buried Arnold, Mantler’s meanwhile legendary cat. Since then, Mantler has kept herself busy by the most diverse means. She was briefly a Virgin artist with her Pet Project recording of 1999, and has appeared on several albums with parents Michael Mantler (The School of Understanding) and Carla Bley (The Carla Bley Big Band Goes To Church, Looking for America, Appearing Nightly), been a member of the Golden Palaminos, participated in diverse Robert Wyatt tribute bands (Wyatt responded by recording some of her tunes on Cuckooland), as well as hommages to Disney and Nino Rota. She has also, as she notes in her very detailed bio (recommended reading) at the WATT website, played accordion on street corners, given harmonica lessons, and served coffee in SoHo.

The struggle to maintain her own projects has perhaps strengthened Karen’s idiosyncratic songwriting. The cast of Business is Bad is smaller than on her previous discs and, arguably, more effective. Her voice, and her distinctive chromatic harmonica and piano are foregrounded. Subtle and supple support in the realization of the pieces is provided throughout by Doug Wieselman (of Anthony and the Johnsons, Lounge Lizards, and Kamikaze Ground Crew fame) and Kato Hideki (whose many credits include the Death Ambient trio and projects with John Zorn, as well as Karen’s Pet Project). The three of them – Mantler, Wieselman and Hideki – previously collaborated in Hideki’s band, Plastic Spoon. Business Is Bad was recorded at Peter Karl Studio and Dog Day Studio, both in Brooklyn, between October 2012 and April 2013. It was mixed and mastered at Dog Day in September 2013.

The album was co-produced by Karen Mantler and Kato Hideki.