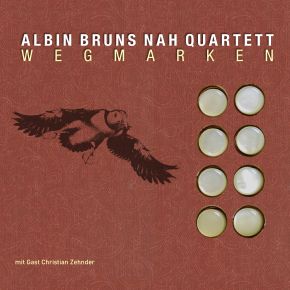 Many would like to confirm at trend: the recalling of the roots of European folk music (not at all to be confused with commercialized folk music), i.e., in the region of the Alps. The term "new folk music" or even (in Switzerland) "Swissness" has been created. Musicians and bands from La Brass Banda, Unterbiberger Hofmusik and all the way to Matthias Schriefl in Germany, from Stubnblues to Donauwellenreiter in Austria, and Tré, Metal Kapelle and Apartig in Switzerland use traditional elements found in their homelands. At the same time, the term of one's home country is changing on the whole planet, in that style elements from other genres, from jazz to reggae and raga, are becoming interwoven with the traditional roots in a country's music. In fact, the "new folk music" has become increasingly conspicuous over the past years, but its beginnings already go back decades. You only need think of Hubert von Goisern or Werner Pirchner. Or even Albin Brun, who explored the intersection between his country's music and world music all the way to jazz in the 80s of the last century. He became known far outside the borders of Switzerland with his band "Interkantonale Blasabfuhr".  Later, he founded "Albin Bruns NAH Trio" and released two CDs, and he expanded the trio to a quartet for this current third recording. He remains a musician who wants to express his love of his home country in his songs, but who does not regress into simplistic and biased nationalism. However, then he continues his meanderings around the world with history as baggage carried on his back: Songs such as "El Hama Café", "Canto di Levanto" and "Namib" let you suspect where the journey is headed. The fact that the rhythms are in no way limited, the melodies are not simplistic and strange harmonies can also be played at times make the music into an adventurous journey. This becomes especially clear in the song, in which Christian Zehnder (known from the movie "Echoes of Home" [Heimatklänge]) is a guest: overtone singing and yodeling enter into a dialog in the song "Winter".
Albin Brun lives and works in Lucerne. Numerous distinctions and releases represent his valuable contribution to Swiss music culture. As a "man of conviction" in matters of merging music styles, he has not only worked out fusions of Rhaeto-Romanic and Arabic-European music, but also combined Belorussian singing with Swiss jazz recently on Double Moon Records with the successful band "Kazalpin" (DMCHR 71510, 2012). On that CD, he plays the "Schwyzerörgeli" (the Swiss variant of the diatonic accordion) and the soprano saxophone.

Marc Unternährer was already a member of "Interkantonale Blasabfuhr" and is a founding member of the NAH Trio. However, the tubist also collaborates with musicians such as John Wolf Brennan, Erika Stucky and Hans Kennel. He is one of the most versatile tuba players in Europe, and his stylistic range of new music to jazz is practically unlimited.
Andy Aegerter was born as the son of Swiss emigrants in Buenos Aires and only came to Switzerland when he was an adult. His unique range of experience from Tango Nuevo and Latin American rhythms to jazz provides him with the flexibility to react spontaneously to all rhythmic ideas.

Andy Gabriel is the new member, known above all thanks to his work with "Helvetic Fiddlers", with whom he brought an almost forgotten Swiss dance music of the 19th century back to life with a great deal of success and numerous performances. His sensitive violin gives the recording a very individual, melodious touch.

Albin Bruns NAH Quartett (artist)More information
06-10-2014 Jazzpodium
"New folk music? Why not? The quartet opens a new dimension to Swizz Jazz"
01-09-2014 Jazzthing
"Bruns and his colleagues dances winged and cheerfull, conecting people and menatlities, through 15 numbers, that snuggle up to each other and create a good mood"