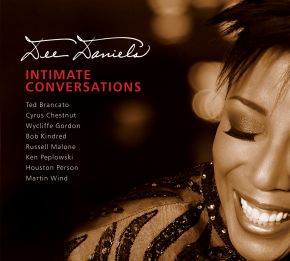 New York City-based Dee Daniels has a reputation as being one of the few authentic Jazz singers of our time. Having already recorded in musical configurations from small combos to symphony orchestras, Dee goes exceedingly intimate on her new recording. Pairing with eight giants of the music, including Russell Malone, Houston Person, and Cyrus Chestnut, she performs a set of ten duets featuring beloved classics like "All the Way," and "I Who Have Nothing," to pop songs such as "A Song for You," and Brenda Russell's "Get Here."