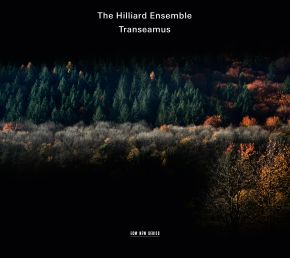 Having recorded more than 20 albums for ECM since the mid-’80s, The Hilliard Ensemble caps its discography before retirement with a final release: Transeamus, a collection of polyphony – in two, three and four parts – from 15th-century England. The British vocal ensemble’s very first ECM recording included music from the court of Henry VIII, and Transeamus brings their odyssey through the ages full circle. The album includes many of the group’s favorite pieces from this era, including previously unrecorded items from its concert programs by the likes of John Plummer, Walter Lambe and William Cornysh. More of the album’s works are by composers rendered anonymous by time, yet all of this music is rich with enduring personality. Tenor David James says: “The sweet harmonies might appear uncomplicated, but this transparency of sound creates a cumulative effect that is mesmerizing. The album ends with ‘Ah gentle Jesu.’ We know the composer’s name, Sheryngham, but virtually nothing else. On paper, it is a simple dialogue between Christ on the cross and a penitent sinner; however, the intensity of the music is so overwhelming that, from our experience in concert, both listener and performer are left in stunned silence.”