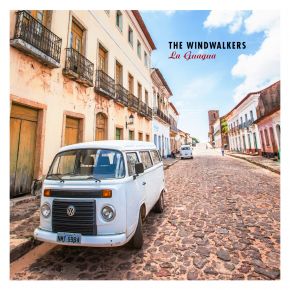 The Windwalkers - the sextet built around Colombian percussionist Mario Maradei was formed in 2010 in Mannheim. The six musicians (Mario Maradei - perc, Les Artmann - p, Fabian Schöne - sax, Marc King - tpt and fgh, Franz Eichberger - drums, Dominik Bornhorn - b) from four countries were already bonded together in friendship as well as in a shared musical passion. Colombia, Hungary, Cyprus and Germany - this international line-up also finds expression in the high-energy mixture within the band's musical style. Their compositions invariably range through the broad field of 'sophisticated' Latin jazz with influences from funk, fusion, Afro-Cuban, songo, son montuno and samba.

After successful concerts in the Rhine-Neckar region, the Windwalkers presented their debut album Challenges (self-distributed) in November 2011 on a first tour of Germany. Their second tour across the country followed in 2013. The composers and performers later distilled the essence of this tour into the present studio album La Guagua (Spanish for "the bus"). Seven stylistically diverse and original compositions, from the poetic jazz ballad to experimental Afro-Cuban 12/8 time, and a concise treatment of Herbie Hancock's 'Maiden Voyage', arranged by Mario Maradei in 10/4 time drum 'n' bass.

Thematically, the pieces reflect the entire range of what moved its creators to find musical expression in an adequately authentic way. 'La Guagua' by Mario Maradei - the song was born from the idea of a rapid bus trip out in Brazil. A country where the bus drivers drive as if they had the devil breathing down their neck. It starts at full throttle and ends with screeching tires! '5 Series' by Franz Eichberger, on the other hand, is much gentler; a playful Samba in 5/4 time which is dedicated to his young daughter. Or 'Laszlo Sauna' by Les Artmann; the song title says it all! A virtuoso, yet rhythmic son montuno that gets a dancing audience into a sweat. The Windwalkers don't even shy away from bigger themes, but rather dress them in a generous musical garb. 'Sinai' by Franz Eichberger begins mysteriously and builds up to an ecstatic song representing the moment in the story of Moses when he receives the stone tablets containing the Ten Commandments on Mount Sinai. And with a totally positive partido alto funk, Marc King asks 'Ne Var?' (Turkish for 'what's up?').
That a whole lot will be going on in the future for the Windwalkers can be seen by a brief review of their immediate past: 2014 - 1st prize in the Bucharest International Jazz Competition, winner of the Playground Jazz Open competition, and an appearance at the Jazz Open Stuttgart opening for Herbie Hancock & Wayne Shorter!