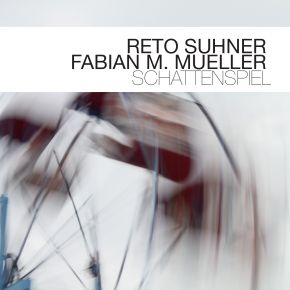 Two people, two instruments. Sound aesthetics developed jointly over the years. Dialogs with depth, improvisations with strong melodies and breathtaking building up of tension. What Reto Suhner and Fabian M. Mueller develop in free communication is of ecstatic beauty. They find hidden paths with uncanny instinct through the jungle of improvisation, feel their way playfully through harmonic sequences and even make discoveries in minimalistic or noisy passages. This common base has developed over many years, and the time has finally come to document this extremely fruitful duet work. In their respective working bands (Reto Suhner Quartett and FM Trio) of many years, both dedicate themselves to the limits of the composed and the improvised. As a duet, they go into a free fall of inspiration and impulses of the moment. That could end with a hard landing, but not with Mueller and Suhner. Their playing is not without prerequisites, but instead is based on solid training, mature playing technique, years of playing in practice and a generous dose of curiosity. As a result, the music grows wings and the free fall ends in blissful floating.

Reto Suhner (born in 1974) lives in Zurich, and he supplemented his studies with workshops, e.g., held by Jerry Bergonzi and Art Lande, and his many years of living in New York with private lessons, e.g., given by Dick Oatts. His "Reto Suhner Quartett" just celebrated its 15th anniversary. He has also played in other groups for years such as the Zurich Jazz Orchestra and the Swiss Jazz Orchestra. Christoph Merki once wrote in the "Tagesanzeiger" that "Lightness, softness and sensitivity meet in Suhner." He is certainly right.

The Bern-based pianist Fabian M. Mueller (born 1983 in St. Gallen) has not only won many prizes and is a successful band leader (FM Trio), but is also active with various ensembles (Augur Ensemble, Apart Of) on numerous European stages and many CDs. He is distinguished by his extremely imaginative playing, which repeatedly explores boundaries. He is a great composer at the same time. "Rhythmically advanced sounds with powerful effects, energetic clusters, fidgety dance figures, completely transparent melodies and muscular, rolling bass now and then with a touch of Africa seem to flow from Mueller's fingers more or less in passing." (Jazz thing)