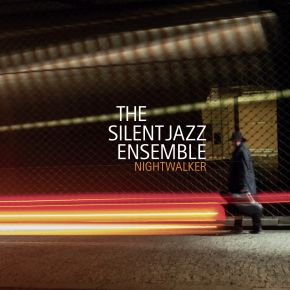 Everything started in Berlin in 1984 when Helmut Engel-Musehold founded the "Silent Jazz Ensemble" together with Gebhard Ullmann and Volker Heller. He later became the conductor of the ensemble.
1989, in the year of German reunification, the first CD  of the "Silent Jazz Ensemble" was released with musicians Helmut Engel-Musehold, Gebhard Ullmann, Volker Heller, Martin Lillich and Ulrich Moritz. Friedemann Witecka produced it for his label Biber Records.
From the start, it was one of the first CD jazz bestsellers throughout all of Germany. Two additional CDs were produced with different band member until 1996 ("Kashina" and "Birds of Passage"), and almost 50,000 were sold in all, a figure that is rarely achieved in jazz. As a result, the ensemble became one of the most successful German music groups in the marginal genre of jazz.
The media lavished high praise on the three previously released CDs of the Silent Jazz Ensemble, and music magazines such as "Stereoplay" and "HiFi-Vision" selected them as CD of the month and year respectively. They were also listed in the jazz charts of many record stores.
Now the "Silent Jazz Ensemble" is making a comeback with the CD "Nightwalker" as a trio with new group members!
Helmut Engel-Musehold, who has concentrated on solo and duet programs, teaching and composing TV and film music over the past years, has found two congenial partners in the Italian bassist Roberto Badoglio and the US American drummer Ray Kaczynski, who pick up seamlessly on the tradition of the "Silent Jazz Ensemble". Thanks to their interaction, they make a lot more of the trio than a rhythm group with one soloist. Characteristic and special are the interplay between Helmut Engel-Musehold and Roberto Badoglio, based on their close collaboration as a duet ("Nightwalker" and "Longing For The Sun").
While the first CDs of the "Silent Jazz Ensemble" was more like single pieces with completely controlled production and many overdubs, the music is now clearer, more varied and jazzy thanks to the live concept. Music has been created that is characterized by emotion, folklore and jazz with lots of room for improvisation.
To fulfill the demands of sound, the CD was recorded in a studio, completely live and without technical tricks: a new interpretation of a tradition, genuinely "handmade".
When Helmut Engel-Musehold plays his instruments, he creates music of poetic depth. He gives a purpose to each note, but at the same time leaves room for them to develop freely.

Multi-instrumentalist and composer Helmut Engel-Musehold, born in Heidenheim/southern Germany, is one of the most well known musicians and composers in Berlin. The self-taught musician has played alongside of international greats such as Trilok Gurtu, David Friedman and Markus Stockhausen. He composes music for film, television and theater, was an instructor at Friedrichshain-Kreuzberg Music College for 20 years, gives private lessons now and heads music workshops throughout Europe. He decided to initiate a revival of the successful band after almost 15 years. www.engel-musehold.de
Roberto Badoglio, born in Triest, Italy, is a former student of the bass pioneers Matthew Garrison and Dominique Di Piazza. He studied in Berklee, USA, and is considered of the most pioneering and innovative bassists of modern jazz on his five-string e-bass guitar. He has performed with renowned musicians such as Marcus Miller, Joanne Brackeen and George Zonce in the whole world and has collaborated closely with Helmut Engel-Musehold since 2009. www.robertobadoglio.com
Ray Kaczynski already played at the end of the 90s with the ensemble and enriches it with his sound composition, which he employs not only for his drum set, but also using self-created sound sculptures ("ITstruments"). The drummer born in Detroit, USA, studied composition and drumming at Central Michigan University and the University of Wisconsin. He has worked with musicians such as Randy Brecker, David Murray, Don Byron and Ernie Watts and has composed music for theater, radio plays and orchestra.
www.xray-k.com