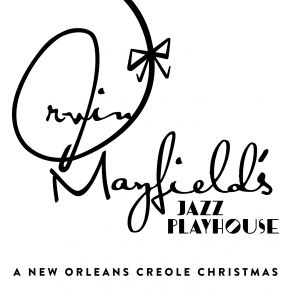 Grammy award winning trumpeter and bandleader Irvin Mayfield debuts his first album of holiday music with "A New Orleans Creole Christmas", a collection of timeless classics reinteroreted by the widely reknowned cultural ambassador of New Orleas. With his 12th release for Basin Street Records, Mayfield demonstrates his maturity as a player and arranger alongside The Jazz Playhouse Revue.

The album blends traditional-style playing on the upbeat rendition of "O Tannenbaum - O Christmas Tree" with soulful, gospel-inspired versions of Silent Night and Winter Wonderland, and melodic, modern jazz renditions of favorites such as The Christmas Song and Have Yourself a Merry Little Christmas. Michael Watson graces the listener with his velvet singing voice on the Vince Guaraldi/Lee Mendeson classic, Christmas Time Is Here.

Highlighting the acumen of these fine musicians, A New Orleans Creole Christmas was recorded in true jazz fashion, as a "live" session at Irvin Mayfield's Jazz Playhouse on Bourbon Street in New Orleans.