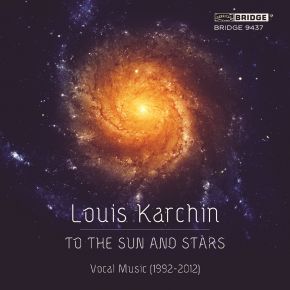 To the Sun and Stars

This album presents vocal works by New York’s Louis Karchin. Of the disc, critic Robert Carl writes: “Karchin is a quintessentially American composer. When one listens to the bold opening gestures of such works as American Visions and Gods of Winter, one hears a spirit that loves space, great open sounds and the drama of contrasts between large and small, vast and intimate. This is a spirit unafraid to combine clear and simple sounds evocative of the past with those that emerge from contemporary complexity.” The superb American baritone, Thomas Meglioranza leads a cast of singers, ensembles and orchestra, conducted by the composer.