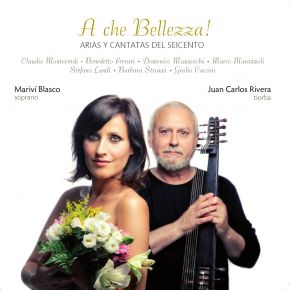 Polyphony completely dominated the music of the sixteenth century, but the new intellectual climate established by Renaissance humanism since the end of the previous century had begun to erode long before Florence a group of nobles and intellectuals propose a musical practice based in other principles.

lready in Dodechakordon, Henricus Glareanus defended in 1547 not only the validity but also the superiority of monody on polyphony. Later Zarlino Gioseffo was caught in a dilemma which was unable to solve: theoretically rational aspired to music, nestled in a natural and mathematical order of the principles of modern tonality would result; in practice, the dominant polyphony in his time prevented him draw all the consequences from that primordial intuition.

Vincenzo Galilei (1581) laid the foundations of the new system, identifying the contrapuntal polyphony with Gothic barbarity and accompanied monody with the most genuine tradition of classical Greece . But the defence of the new style was not just because they thought it was the same as the Greeks had used, but because it was based on the nature and reason. As each mode represented a musical ethos, that is, transmitting a specific emotion , polyphony was not only inconvenient for linguistic and musical confusion generated mix of voices, but because the standard overlay for different types of scales, was confusing and many sometimes contradictory effect that had on the listener.