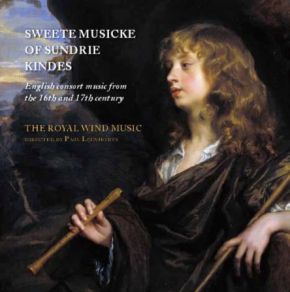 In the 1530s the Bassano brothers of Venice were recommended to the court of King Henry VIII (1491- 1547) as musicians, composers and instrument makers. In correspondence with the English court Henry VIII's Venetian ambassador Edmund Harvel (d. ca.1550) wrote: ‘They are four brethren, all excellent and esteemed above all others in this city in their virtue. Whereby I hope they shall be very grateful to the King's Highness and to Your Lordship who is also delighting in good music, not vulgarly nor in vulgar music, as I understood. Besides, it shall be no small honour to His Majesty to have music comparable with any other prince or perchance better and more variable. And because these men are poor and could not set forwards in so costly a journey without help of money as well for their own costs as for conveyance of their instruments and other necessaries, I have delivered them 160 crowns of gold ...' King Henry VIII himself showed a live-lasting passion for music and was particularly accomplished on instruments including lute, harpsichord, recorder, flute and virginals, and would often entertain the court by singing and performing his own compositions.

John Bull (composer)More information
Paul Leenhouts (conductor)More information
13-07-2015 Toccata
""The most noticeable thing about this recording is the perfekt mastery of the instrument and the accoustic world. What a dreamlike musical world.""
01-06-2015 Luister
""Extremely disciplined and needle-sharp interplay of the ensemble.""