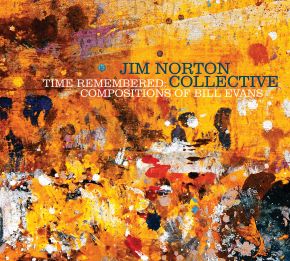 Originally from San Francisco, Seattle-based composer, arranger, and woodwind multi-instrumentalist Jim Norton returned to the Bay Area to reunite with a stellar cast of former bandmates for a wide-ranging exploration of the compositions of Bill Evans. With his distinctive harmonic language and experimentations with mixed meters, polyrhythms and non-traditional forms, Evans's music provides an intriguing platform for Norton's inspired arrangements.

"Each musician is a strong player in his or her own right, and they turn in capable, energetic solos, but the instrumentalists excel as a unit."