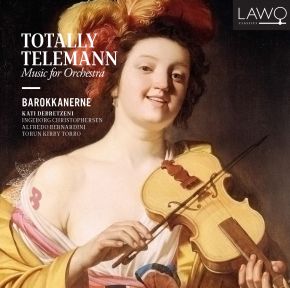 Georg Philipp Telemann (composer)More information
09-03-2015 Toccata
"On this recording Teleman is lived and experienced. It all is full of emotion, full of warmth, full of joy. What a brilliant music, what a musicality, what an inspiration! Wow! "