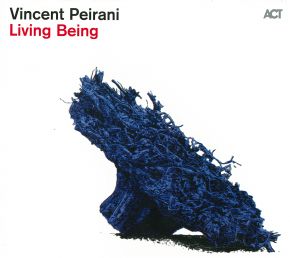 Whether in the trio with Michael Wollny and Michel Benita on the ACT debut “Thrill Box”, in a duet with Emile Parisien, or at the side of such greats as Youn Sun Nah, Michel Portal or Daniel Humair – accordionist Vincent Peirani is THE new voice of his instrument. In rapid succession he has won the Prix Django d’Or and the Victoires du Jazz in France and was elected “Artist of the Year” by the French “Jazz Magazine”. In Germany he just won the ECHO Jazz award. After purely acoustic projects to date, the new album “Living Being” is a creation of what one might call Peirani’s “Electric Band”. In addition to his sheer inexhaustible versatility and unbounded musicality, the album also reflects most of all the varying influences of his band members: Peirani's “brother”, saxophonist Emile Parisien, again shines as a virtuoso of modern jazz; bassist Julien Herne comes from the R’n’B and hip-hop scene; drummer Yoann Serra is just as at home in the jazz tradition as he is in electronic music; and keyboarder Tony Paeleman has his roots in the French pop scene. And so it is that the new album adds yet another vibrant facet to an already peerlessly varied artist’s profile.