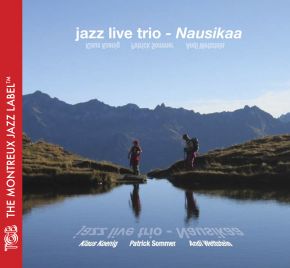 
The Jazz Live Trio comes from the prehistoric times of the radio as broadcasters still employed small jazz bands, which they brought with top international stars for its jazz program together. Klaus Koenig, born in 1936, led a formation such, just the Jazz Trio Live, 1962-1982 - then put the Studio Zurich by Swiss Radio SRF a row.

Until 1997, he held the trio continue alive, then stopped him a focal dystonia of both hands, colloquially "musician's cramp" called on the further work. Now he has the disease so far overcome that he could launch a comeback: first with the band "Seven Things", and now with his trio, whose members could be his grandchildren ...

The disc includes a total of eight trakcs that vibrate and swing and correspond to the tradition of the piano trio EST a while ago. How to treat the three topics, as they dissect them, continue to use parts, installing breakthroughs, has little to do with the American tradition. This is profoundly European.