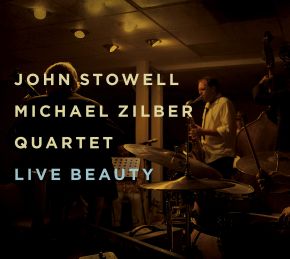 "Fans of John Scofield's '90s recordings should find much to enjoy..." - JazzTimes. Recorded live at Berkeley's California Jazz Conservatory in 2012 at the end of a two-week tour, "Live Beauty" captures the lithe and dynamic Bay-Area quartet that John Stowell and Michael Zilber have co-led for the past 7 years. It well represents the effortless empathy and telepathy these four musicians have developed during that time. "...there's no mistaking Stowell's remarkable prowess and sensitivity on electric and acoustic guitars--or the fun he's having in this highly interactive setting." JazzTimes.