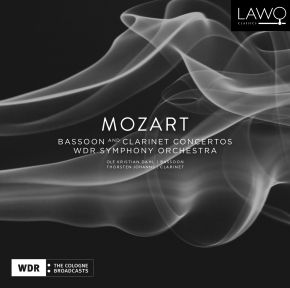 We are proud to present WDR Symphony Orchestra Cologne’s first release on the LAWO Classics label!
On this CD we hear the orchestra’s own soloists, Ole Kristian Dahl and Thorsten Johanns, playing Mozart’s first and last wind concertos, under the direction of conductors Karl Heinz Steffens and Eivind Aadland, respectively. The recordings were made during concerts in the Stadthalle in Wupperthal and the WDR concert hall in Cologne.