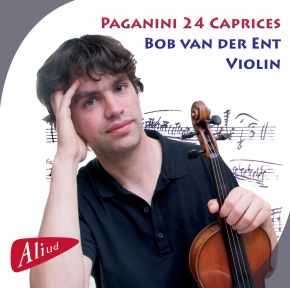 Niccolò Paganini (1782-1840) is a legendary figure in the history of music. He brought about a revolution in violin playing that changed forever the way music was composed for the instrument.Musical contemporaries such as Chopin, Schubert and Schumann, were staggered by the violinist’s great artistry, as were the poets Goethe and Heine.

Bob van der Ent (artist)More information
01-06-2015 Luister
""It's amazing what this young talent at this age already get's out of his violin.""
22-05-2015 Leeuwarder Courant
""He brings contrasts and gives in a very own way character to each particle, which happens to the cycle as a whole, very pleasant." "