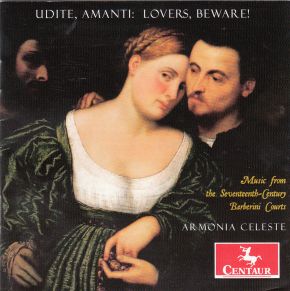 Armonia Celeste specializes in rarely heard repertoire from the Italian Renaissance and early Baroque. The three singers and two period instrumentalists create an unforgettable combination of varied vocal and instrumental colors, florid ornamentation, expressiveness, and a noticeable passion for this repertoire. Since 2008 the ensemble has offered many concerts around the country, and appeared in, and provided music for, an educational documentary entitled “Culture Wars of Venice and the Birth of Public Opera.” Their new Centaur release, Lovers, Beware! was recorded in 2012.