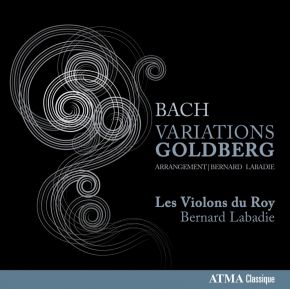 ATMA Classique presents J.S. Bach’s Goldberg Variations in a strings and continuo arrangement by Bernard Labadie and performed by Les Violons du Roy. Originally released on the Dorian label in 2000, it was said by the New York Times to be “…not the first arrangement of the 'Goldberg' to be committed to disk, but [possibly] the best.” Mr. Labadie brought Les Violons du Roy and its the fifteen member core together in 1984. The ensemble specializes in the vast repertoire of music for chamber orchestra, performed on modern instruments but in a stylistic manner most appropriate to the work’s era.