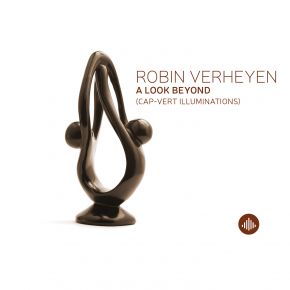 The music on this album is inspired by my recent travels to Senegal and my years of studying the music of French composer Olivier Messiaen. This multicultural project blends the compositional language of Messiaen, traditional West African music and the new sounds of the NYC jazz and improv scene. A big part of this music was written and influenced by my stay in Cap-Vert, the most western point of Africa in Dakar, Senegal. In the West African heritage, traditional rhythms can only be played by three or more drummers. I tried to represent the cultural identity of these rhythms in a new and different context where the harmony becomes as important as the rhythm. Instead of using a group of drummers, I recreated this sound by giving these rhythmic roles to a melodic instrument. I hope that the end result will create a deeper understanding of Messiaen’s music among jazz audiences in an uplifting way through the influences of African rhythm and improv jazz.
This album was recorded in September 2014 after a US tour with my quartet. The music for this project came together after I received a New Jazz Works Grant in 2013 from Chamber Music America. The musicians featured on this recording are some of the finest in jazz today. Russ Johnson has been an important force in the NYC jazz scene for many years and, since his move to the Chicago area, has become one of the major players in jazz in the Midwest. Drew Gress is one of the most in-demand bass players in jazz and has worked with some of the greatest musicians of our time. Percussionist/composer Jeff Davis has established himself in New York as a vital contributor to the local and international creative music scenes. Jeff is widely sought out for his unique, textural approach to the drum set, as well as for his power and intensity.
Robin Verheyen