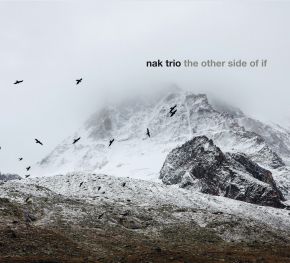 The Other Side Of If

"Jazz made in Poland" has been considered a seal of quality since the 1960s. Well-known musicians as Zbigniew Namysłowski, Tomasz Stańko, Michał Urbaniak, Krzysztof Komeda, Zbigniew Seifert, Adam Makowicz, Jan Wróblewski, Urszula Dudziak, Leszek Zadlo and Vitold Rek shaped an unmistakable style that lifts the substance of American swing with the yearning of the Eastern European bloc countries for freedom and adventure to a high quality, exciting common denominator. Admittedly, the explosive, sparkling atmosphere of Polish catacomb and underground jazz belongs to past at the latest since the political upheavals in Europe at the end of the 1980s. Today, it is above all pianists who set the tone of the cultural image of the country. Marcin Wasilewski and Leszek Możdżer are getting worldwide recognition with their diverse projects as creators of a new musical language. It is quite possible that three young Polish musicians will be mentioned in one breath with them in the future: Dominik Wania (piano), Jacek
Kochan (drums) and Michał Kapczuk (bass) have joined forces under the cryptic slogan "NAK Trio" to create a community of interest exceptional in every way.
You can consider these names as quite representative of the unconventional approach of the combo, which runs like a thread through all their actions: not straight ahead, but always a bit out-of-the-box. NAK does not stand for the initial letter of the last name of the protagonists as in other formations, but instead for the final letter: KochaN– WaniA – KapczuK. It continues consistently in this direction with the title of their debut album "The Other Side Of If". Although all of this is probably a bit abstract, indefinable, perhaps somewhat philosophical, drummer, composer and producer Jacek Kochan apologizes smiling. "If you think about the exact meaning of the word 'if', then a few questions first arise in your mind in any language. 'What if?' 'What would happen if?' Perhaps 'Would it be better or worse if?' Since the answer always remains unresolved and consequently the symbolism of the little word 'if', there is a certain fascination, something mysterious, with respect to everything." In exactly the same way, Jacek Kochan, Dominik Wania and Michał Kapczuk want to enchant their fans. Far from the classic A-A-B-A jazz pattern, the seven original compositions are based more on two masters of classical modernism the 20th century, the Hungarian Béla Bartók (1881-1945) and his Polish compatriot Witold Lutosławski (1913-1994). "We consider it important that all four instruments are in the forefront," Kochan explained. Excuse me, in a trio? "Simple," laughs the primus inter pares (the first among equals) of NAK trio. "Bass, drums, and the left and the
right hand of the piano player. The reason is that Dominik has developed a technique with his left hand that is very unique and differs clearly from that of other jazz pianists. The melodies and harmonies have more of a chromatic structure. I hope that this does not frighten off jazz aficionados too much, because it actually still is jazz. Our jazz. However, fans of classical music might also like it!"