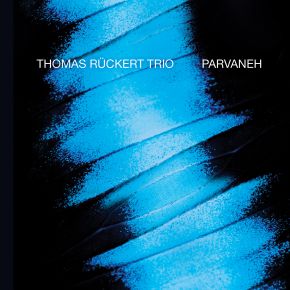 The fact that Thomas Rückert has been going against the tide passionately since the beginning of his career has earned him a lot of recognition and an extraordinary form of attention. The pianist from Cologne searches incessantly far from trodden paths for tones previously unheard, mixes new sounds and does not push to the foreground in an affected manner even at the risk of being perhaps ignored. The 45-year-old could start actually get going immediately based on his talent and skills. However, he prefers to insert moments of silence when most begin to plonk away, creates complex harmonious structures rather than houses of cards, brooding where others swagger. Thomas Rückert does not take from the repertoire of dead music, but instead searches for material that lives beneath the surface. His philosophy of a piano trio runs in opposition to expectations of quickly consumed excitement. Such serenity has matured over many years.
A quiet rebel who knows exactly what he wants, including on his new CD "Parvaneh", the Persian word for "butterfly". Rückert has consequently succeeded in consistent updating of his personal fantasy world, which he began to construct in his previous album "Meera" in an artful and subtle manner. The slowness of the unconventional thinker on the piano as well as his partners Reza Askari (bass) and Fabian Arends (drums), which has already become his trademark, develops an unusual form of dynamics in 11 pieces this time, which is more directed inward. It creates spaces in the soul like a mighty river, in which poetry, intensity and freedom can develop fully.

Thomas Rückert (artist)More information
Thomas Rückert Trio (artist)More information
01-09-2015 Jazzthing
""a declaration of faint sounds, delicate collages and careful structural development""
10-08-2015 Stereo
""This man can leave a tone standing and swing off, can play a beautiful melodie gentle and slowly without bathing in the sound or making them cheesy."
Music 4,5/5
Sound 4/5"

20-07-2015 Jazzthetik
""Thomas Rückert is a poet on the piano. The Trio takes provcatevily much time for the development of simple and very plain themes, that are compelling maybe especially because of that fact."
4 stars"

01-07-2015 Jazzpodium
""Thomas Rückert exploits new sound paths and is on the way to unplayed sounds.""