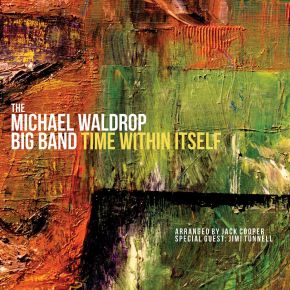 "..this auspicious debut bristles with a visceral post-Weather Report energy that brings big bands into new light." -- Bill Milkowski. Hearing this crackling big band recording -- so full of swagger and conviction and transcendent playing throughout -- it’s hard to believe that it's drummer / composer Michael Waldrop’s debut as a big band leader. No newcomer to the game, he paid dues as a working musician in New York and Chicago before pursuing an academic career, earning a masters at the University of Memphis and his doctorate at North Texas, where he played in the famed One O’Clock Lab Band. He also put in ten years with Jack Cooper’s Memphis-based Jazz Orchestra of the Delta, developing the relationship that would lead Cooper to lend his prodigious arranging skills to Waldrop's set of originals for this recording.