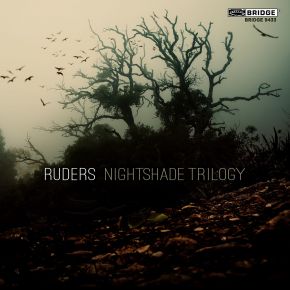 Nightshade Trilogy was composed by Poul Ruders over a span of 17 years- between 1986 and 2003. In the composer’s words, it is “a collection of compositions that evoke for me an almost Gothic association with pale moonlight, tombstones crypts and the elusive shadows deep inside an ancient forest at the deep of night.”

Release of the new album of Robert Zuidam: McGonagall-Lieder

Challenge Classics and music publisher Deuss Music would like to invite you to the release of the new album of Robert Zuidam: McGonagall-Lieder, on April 24th at the 'Muziekgebouw aan het IJ'! McGonagall-Lieder is a song cycle composed by Robert Zuidam with lyrics of the legendary William McGonagall. It is conducted by Oliver Knussen and performed by Katrien Baerts, Pianoduo Post&Mulder and Asko|Schönberg. The work highlights the theatrical sound that Zuidam ...