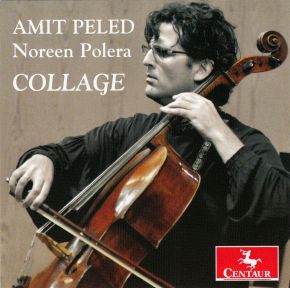 From the United States to Europe to the Middle East and Asia, Israeli cellist Amit Peled – a musician of profound artistry and charismatic stage presence – is acclaimed as one of the most exciting instrumentalists on the concert stage today. For his fourth Centaur Records release, Collage, Mr. Peled, in tandem with pianist Noreen Cassidy-Polera, play Rachmaninov’s Cello Sonata in g, op. 19, David Popper’s Tarantella, op. 33 and a mid-20th c. cello sonata by the Georgian composer Sulkhan Tsintsadze (1925-91). “Glowing tone, a seductive timbre and an emotionally pointed approach…” (New York Times)