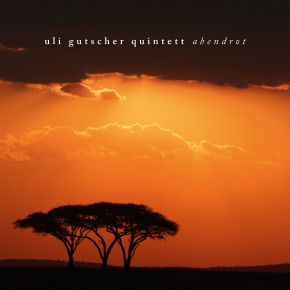 Uli Gutscher is with complete justification known as a jack of all trades in German jazz. While studying classical music with a focus on piano performance at the State University of Music and the Performing Arts Stuttgart, he fell in love with jazz and played as a trombonist in the SDR Big Band under Erwin Lehn. Around the same time he founded his first band, the Uli Gutscher Quartet. In addition to his tremendous enthusiasm and love of interpretation, he found ample space there for his gifts in composition and arrangement. Since then, he has been active as a creative mastermind and virtuoso musician in numerous ensembles in a variety of styles. He has worked at home and abroad with renowned artists such as Joe Gallardo, Bobby Burgess, Benny Powell, Jiggs Whigham, Dusko Goykovich, Peter Herbolzheimer and Chaka Khan, to name but a few. On top of that, he has also passed on his passion for music to young professionals by lecturing in jazz trombone, harmony, ensemble conducting and jazz piano at the University of Music in Stuttgart.
And now with Abendrot, he presents the Uli Gutscher Quintet's second album, along with his longtime musical partners Werner Acker (guitar), Tilman Jäger (piano), Thomas Krisch (double bass) and Herbert Wachter (drums).
"Actually, this album is long overdue. We were asked by our audience so many times for a new CD" said Uli Gutscher, "and then when the call from our drummer came that a wonderful Steinway grand piano was waiting in the Artes recording studio in Esslingen, things quickly came together! On the first recordings for the album, we met as a piano trio only, which is how 'Song for Marlene', 'You Don't Know What Love Is' and 'Guten Abend, gut`Nacht' came about. It's how I managed to fulfill my wish to appear as a pianist on this very personal production."
With his work as a sensitive and powerful trombonist, as an interpretive piano virtuoso, and as a creatively complex composer and arranger, Uli Gutscher's reputation as a true all-rounder in his field is more than justified on Abendrot. The subtitle "Trombone-groove and ballads" was given to the album by Gutscher himself. In addition to groove-accented pieces like 'Trombone Blues', the secret hit
'Shuffle-Bone' or the new recording of 'Cool and Hot' (a development on the already well-known piece, here with outstandingly colourful instrumentation), the ballads and ballad-like compositions such as 'Waltz For Noa' or 'Abendrot' are well emphasized on this CD.
Each one of the pieces has a very personal connection with Uli Gutscher's life, and they could almost be read as a musical diary. Take 'Song for Marlene' for example, which holds a special position on the CD, just to give away one personal detail:
"I composed this as a solo piano piece for the christening of my granddaughter, Marlene. The trio version with Thomas Krisch's wonderful bass solo was created in the studio. While composing 'Song for Marlene', I consciously thought about the piece being performed in a church. In the "classical" sense, it is a romantic piano composition which is not part of the quintet's repertoire."
Up tempo numbers like "Pentabone", which is based on the harmonic progression of George Gershwin's "I Got Rhythm" and starts with a virtuoso piano solo by Tilman Jäger that culminates in a furious drum solo by Herbert Wachter, offer a powerful and groovy counterweight. Any hint of melancholy here is quickly nipped in the bud...
With the album Abendrot, the Uli Gutscher Quintet have successfully proved that having intoxicating grooves with brilliant and humorously refined interpretations on the one hand, and compositionally profound and technically demanding music on the other, is in no way a contradiction!

01-06-2015 Jazzpodium
""Elegance, vitality and immediate authenticity shape a very personal album between groove and poetry. (...) diversified music from a master of his field.""