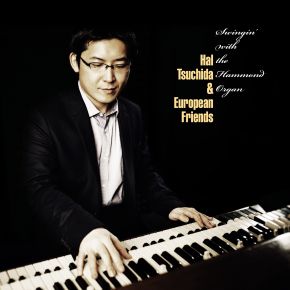 Swingin' with the Hammond Organ

Hal Tsuchida from Yokohama, Japan, is a jazz and blues organist, pianist, composer and arranger. His career as a professional musician began while studying jazz piano under Willie Pickens at the Northern Illinois University. This was followed by a master's degree in composition and a Performance Certificate from DePaul University. Thus equipped, he delved deep into the Chicago jazz and blues scene, playing with artists such as Billy Branch, Eddie C. Campbell, Bo Diddley, George Freeman, and Phil Guy to name but a few. As a band member, he got to know numerous festival stages from Chicago to Baltimore to Portland, and founded his own jazz organ trio. For eleven years, the US jazz and blues scene was the creative heart of his work. In 2006, his debut album Midnight Shuffle was released, followed by Next Time You See Me in 2010.
In June 2010, Hal Tsuchida returned to Japan where he earned his status as a jazz and blues organist, and where his musicianship was recognized and praised at numerous clubs and festivals.
In July 2013 he decided to move to Berlin. The European jazz and blues scene with its diversity of musical trends magically attracted him. He quickly became a part of this electrifying scene and began to contribute and develop his cosmopolitan experiences. He met musicians with a similar musical background to his own, musicians who shared his love for Hammond organ jazz and blues and who replenished it with their musical feeling.
The idea for the present album Swingin' with the Hammond Organ began to blossom in Hal Tsuchida. When asked for the reasons, he answered "together with my friends from Germany and the Czech Republic, who love the sound of Hammond organ jazz as much as me, I wanted to retrace my musical path and to unite our experiences and differing traditions on a CD. During my time in Chicago, I often played in bands that were heavily influenced by the sound of the 50's and 60's. This strongly influenced me as well. My heroes on the organ are legends such as Jimmy Smith, Jack McDuff, Jimmy McGriff, Don Patterson and Richard "Groove" Holmes. I come from this tradition and wanted to adapt this typical sound for Europe and make it tangible".
And that is what Hal Tsuchida (Hammond organ) with his allies Torsten Goods and Libor Šmoldas (guitar), Tobias Backhaus and Tomáš Hobzek (drums) and Karel Ruzicka Jr. (tenor saxophone) have so impressively and thrillingly succeeded in doing. Their patent remedy is as simple as it is ingenious: "I want to pay my tribute to those who have so heavily influenced my style on the Hammond organ. We took songs by legendary Hammond organ players and composers from their genre, then interpreted and recorded them our way. There are songs by Jimmy Smith like 'I'll Drink To That' and 'Off the Top' alongside jazz standards such as 'These Foolish Things', pure blues numbers like 'Midnight Creeper' or 'Tyrone' by Larry Young, as well as the Motown hit 'What's Going On' by Marvin Gaye.
Swingin' with the Hammond Organ can with justification be called a 'favorite songs collection' which documents the authentic sound, the unique groove and the musical brilliance of this extraordinary band.

Karel Ruzicka Jr. (featured)More information
01-07-2015 Jazzpodium
""Hal Tsuchida pulls all the rhythmical and melodious strings  and he plays the Hammond organ with a lot of groove and swing in a very virtuoso style.""