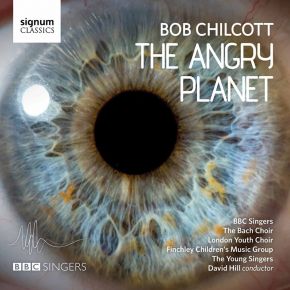 The three works on this 2CD set further confirm Bob Chilcott’s status as one of the world’s most popular active choral composers. Five Days That Changed The World creates a strikingly vivid and personal account of each of five protagonist's experiences of a historical event. The Miracle of the Spring celebrates the pursuit, and eventual discovery, of water. The Angry Planet (2012) combines the precision and skill of the BBC Singers and The Bach Choir with the exuberance of a host of young persons and Children’s choirs, including The Young Singers, London Youth Choir and Finchley Children’s Music Group.