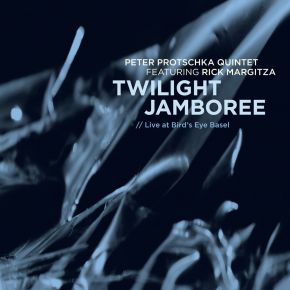 Ability to suffer, they say, is part of the basic equipment of every "genuine" jazz musician. For example, enduring the strenuous, grueling circumstances of a tour every day, something that the superstars of pop would not even discuss To be patient, and then to feel this inimitable sense of deep faith in a band at the end of the day, to be able to enjoy the collective willingness to take risks with the resulting limitless musical freedom and the reactions of an enthusiastic audience in the best case.
Peter Protschka can tell you a thing and play a song about it. The musician from Cologne is one of the most versatile and interesting German jazz trumpet players of the younger generation. His greatest passion is hard-bop and post-bop, that classic American way of playing jazz that has been cultivated since the early 1960s, exudes sheer energy and passion that can almost exclusively be produced live on stage and hardly ever in a sterile studio with its wild beauty. To this end goes, Protschka regularly goes on tours, including with his current quintet, to which the superb US tenor singer Rick Margitza belongs along with Martin Sasse (piano), Martin Gjakonovski (Bass) and Tobias Backhaus (Drums). "To go on tour with a jazz band is just as exhausting today as it was 30 or 40 years ago; you should not delude yourself about that," the trumpeter writes in the liner notes of his new CD "Twilight Jamboree". "You can sit all day in the car, and the bandleader often drives himself, as is in our case. On the interstate highway all day, traffic jams, then arrive, sound check, check-in at the hotel, the first hot meal of the day, and the long-awaited shower is often only after the concert, then a few drinks at the bar, a few hours of sleep. And the same routine the next day, usually a week or more at a time."

Why does a jazz musician put himself through all of this? It's really only about the thing in itself. The gods have always demanded sweat before success. And this success—see above—Protschka and Co. want to have this success over and over again. It simply pays for everything, inspires, lets you forget all the troubles you experienced. The evening of October 24, 2014 at the Basel jazz club "Birdʼs Eye" must have been such a moment. Five musicians who delve into their own sound world oblivious to the world, blend into an organic unit after just a few bars, in which there are no egos anymore, but only deep inner acceptance, crispy grooves, beautiful melodies and brilliant runs. In an accelerated swing pulse, bass and drums drive the harmonious action and create the basis for consistent and often perfect modal chord progressions, on the basis of which catchy themes and virtuoso solos are discharged.

Peter Protschka, born in 1977, is considered one of the most sought after accompanists precisely because of his special sounds on the trumpet and the flugelhorn. He has played alongside of Ronnie Burrage, Maria Schneider, Ingrid Jensen, Bobby Shew, Don Menza, Alex Sipiagin, David Murray, Oliver Lake, Tom van der Geld, Jürgen Seefelder, Thomas Stabenow, Martin Sasse, Paul Heller and Dejan Terzic. He was awarded the Jazz Prize of the Baden-Wurttemberg Art Foundation in 2004. Protschka has taught trumpet, theory and ensemble at the Rhineland Music School in Cologne since 2007. In addition, he has worked in the field of tension between jazz and classical music on period instruments since 2010. His debut CD "Kindred Spirit" (2011) received rave reviews.

"After we had survived our eighth (!) traffic jam on our way from Berlin to Düren near Cologne," Peter Protschka remembers, "then Rick said in his inimitably dry way: 'No more traffic jam guys? What a drag. Well anyway, weʼre living the dream!’ We made it in time for the concert: No shower, no food – just music." Just another one of these indescribable festive evenings at dusk, which makes living worthwhile.