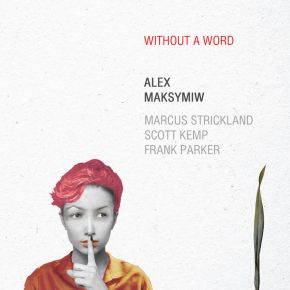 Jazz and improvised music have always lived from exchanges between musicians, their creativity and openness.  A swinging groove here, fast-paced bebop lines there, then again casual, funky rhythms and calmly flowing ballads. When—as in this current lineup—all participating musicians can also boast of an extremely rich experience and are true masters of their respective instruments, the result is pure listening pleasure.
The guitarist, bandleader and composer of almost all pieces, Alexander Maksymiw, was born as the descendant of Ukrainian emigrants in Toronto, Canada. Among other places, he studied in Amsterdam and has been a guitarist in demand for the past 15 years. He has played in the bands of Dick Oatts, Don Thompson and Michael Vatcher and in large orchestras such as the Amsterdam Jazz Orchestra and the Village Vanguard Orchestra. He has also been attracted by the new European jazz mecca Berlin in the meantime and has lived there for several years. In addition to his own projects, he worked with Peter van Huffel, for example, and is currently preparing a new release with Tobias Meinhart.
Alexander Maksymiw has played alongside Marcus Strickland on many occasions. The tenor saxophonist is one of the "rising artists" of jazz in the 21st century such as Jeremy Pelt and Robert Glasper, for example, with whom he has also played and recorded. He has even been able to rake in Grammy nominations for his participation on CDs by Roy Haynes and Dave Douglas. The 36 year-old Strickland also has a lot of experience outside of jazz, but on "Without A Word" he plays pure, honest, driving, modern "straight-ahead jazz" with a sound on the tenor sax ranging from gentle flattering sounds to razor sharp attacks.