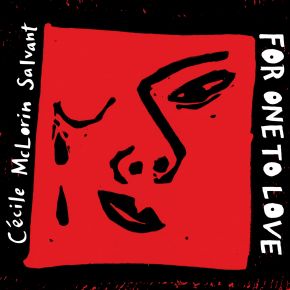 For One to Love

Shortly before the release of Cécile McLorin Salvant’s debut Mack Avenue album WomanChild, critic Ben Ratliff made a bold prediction in the pages of the New York Times. McLorin Salvant, he claimed, “is still mostly unknown to jazz audiences”—then added: “though not for much longer.” McLorin Salvant has more than validated that forecast. The last 24 months have been a whirlwind of success and acclaim for the young vocalist, who first came to the attention of jazz fans with her triumph at the 2010 Thelonious Monk International Jazz Competition. WomanChild went on to earn a bevy of honors, including a Grammy nomination and selection as Jazz Album Of The Year by the DownBeat International Critics Poll.
That magazine also honored McLorin Salvant in three other categories including Best Female Jazz Vocalist. A few months later, the Jazz Journalists Association selected McLorin Salvant as Up-and-Coming Jazz Artist Of The Year and as Top Female Vocalist. NPR also took, honoring WomanChild as the Best Jazz Vocal Album Of The Year in its annual critics poll. In short, no jazz singer of recent memory has garnered up more honors more quickly than Cécile McLorin Salvant.
Now she releases her follow-up Mack Avenue album, For One To Love, a more intimate and confessional project that reveals new dimensions of this young vocalist’s artistry. “I’m not playing anyone else here but myself,” McLorin Salvant explains. “I can look at many of these songs, and see that this is an event that really happened, or a feeling I’ve lived through myself. “That’s what makes it so difficult to share. It’s almost like a diary entry.”

On the new album, McLorin Salvant again shows her uncanny knack of channeling her own personality
into the work of her predecessors, both the acclaimed (Bessie Smith) and the less well-known (Blanche
Calloway, whose fame during her lifetime was eclipsed by her brother Cab). “I’ve made some choices
about celebrating strong women,” McLorin Salvant explains. “And I want to celebrate independence, the
courage not to look or act a certain way.”
McLorin Salvant is increasingly making her strongest musical statements via her own compositions, which stand out as the centerpiece on the new project. Five of the tracks on For One To Love feature her songs, and here she reminds us of those other great jazz singers, from Billie Holiday to Abbey Lincoln, who found that the most powerful expressions of moods and feelings often came via their own compositions. And McLorin Salvant also shares her vision as a visual artist in the design of the album. This field has been a focus in recent years: both at home in Harlem and on the road, she works on painting and
drawing, and is currently preparing for her first exhibition. “Music chose me,” she reflects; “in a way, I stumbled upon it. But illustrating is something I’ve chosen to do.”  In short, her distinctive artistry shapes every aspect of this project. For One To Love serves as proof positive that Cécile McLorin Salvant has not only arrived, but she is still going places.

[''].. With 26 years, Cécile McLorin Salvant can be considerd as one of the rising diva-stars."
"