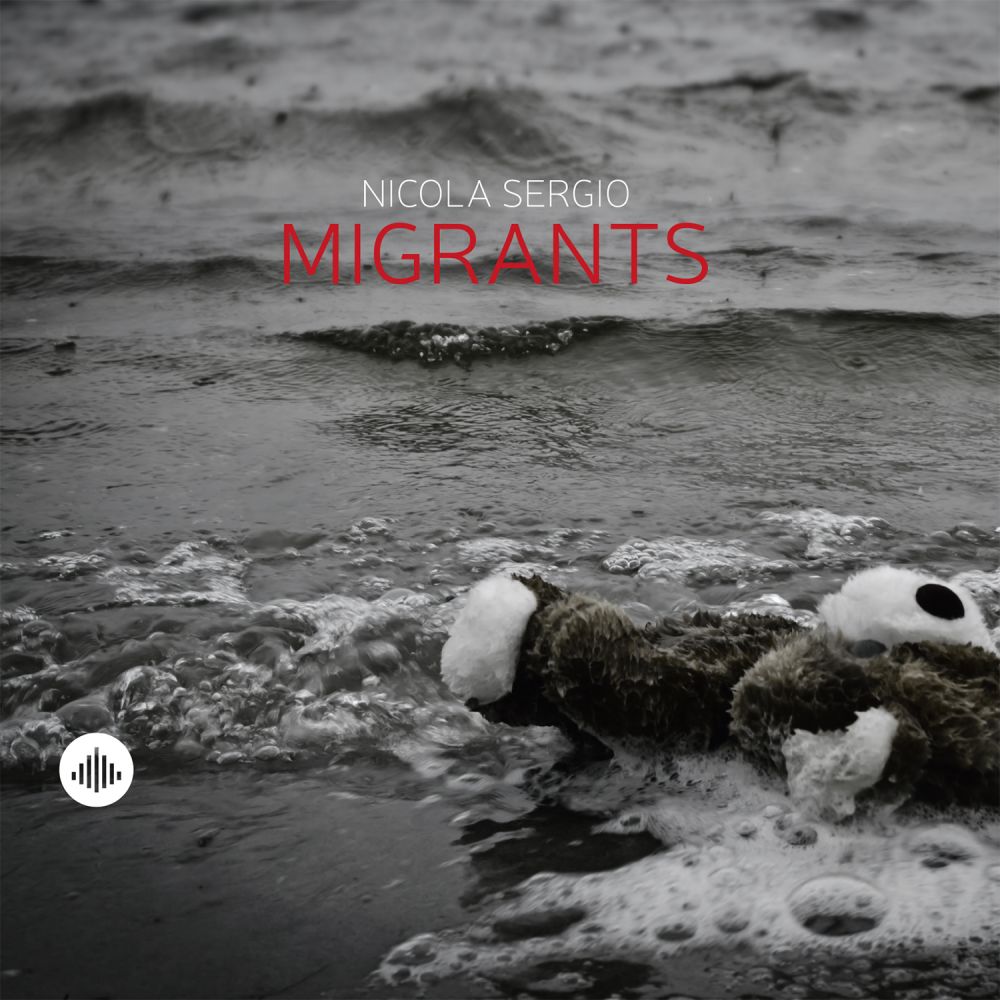 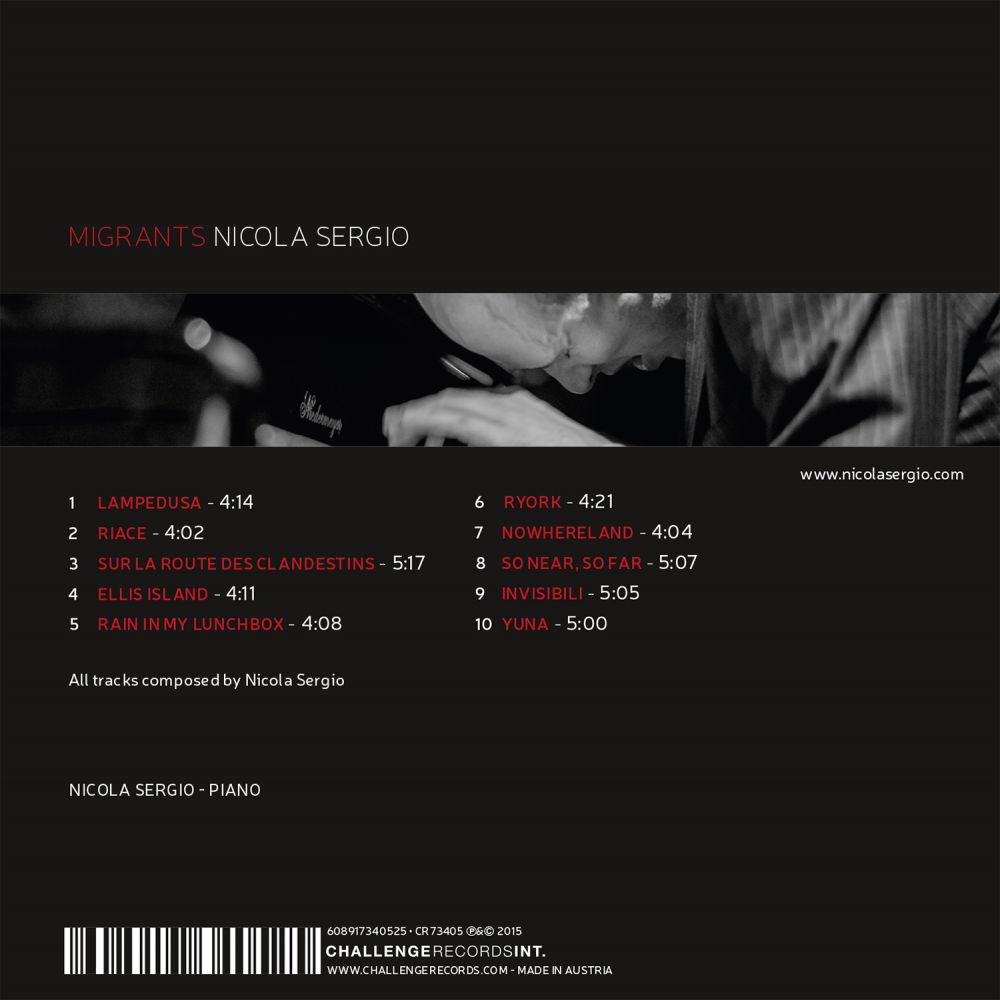 ""Sergios elegant, fluid style with many classical borrowings and analogies, and the sometimes flashing tougher jazz attacks rest upon the themes like a blueprint...""

As a migrant from southern Italy, a land of emigration, I have always felt the need to dedicate a song to this big “family” to which I think to belong: the migrants of the world. This time I have been further in composing for them a whole album written under the spell of strong emotions. When composing the ten songs, my inspiration was nourished by personal experiences, written documents, films, newspapers, but above all by my encounters with other migrants, the true witnesses of deeply human stories which were for me strongly inspiring.This is what “Nowhereland” is about: like many others, the migrant finds himself alone and lost on board of a boat on its way to a new country only known through the images of postcards and television, in which he won't be welcomed most of the time. It's not his homeland, it's a “no-where-land” where he has to live in search of a better future.“Ryork” is about the first Italian migrants embarking for America without any money, but with a bad full of dreams. It tells the true story of a young Napolitan who intends to emigrate to New York, but embarks on the wrong ship which takes him to Rio de Janeiro! In spite of this “mistake” the city pleases him and he chooses to settle there and raise a family.“Rain in my lunch-box” is about a migrant working in London who, during his lunch-break on the yard where he toils, finds nothing in his lunch-box but rain water. This work is an attempt at conveying all these stories. Improvisation is always at the heart of it, but for writing the themes i was inspired sometimes by jazz, sometimes by classical or by film music, without imposing to myself stylistic barriers. Because music is, in my opinion, very similar to the migration process: it is the result of continuous meetings and exchanges between different cultures and even different styles can coexist enriching one another to create cyclically new styles, new cultures, new migrations.
Nicola Sergio

"Sergios elegant, fluid style with many classical borrowings and analogies, and the sometimes flashing tougher jazz attacks rest upon the themes like a blueprint..."
JazzPodium, 01-3-2016

"...this solo music is wonderfully composed and insightfully improvised."
Jazzthing, 01-2-2016

"There's always a lot of immediate inventiveness involved. The 'division of labour' between left and right hand is phenomenal!"
Jazzthetik, 01-1-2016

["] .. All of the above may sound pompous and possibly some sentimental , but is quite essential for the beautiful moving music to" estimate Migrants " at its true value . Nicola creates a very atmospheric picture with his soulful warm piano playing , there is much to enjoy his music , despite or perhaps partly because of the distressing subject. I have not enjoyed myself in times as with this musical pearl... Highly recommended!"
Rootstime, 04-12-2015