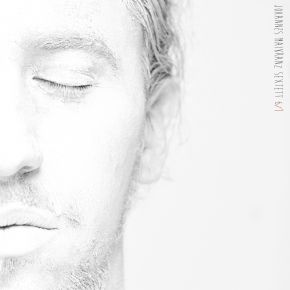 John Maikranz: composer/guitarist/arranger. These words appear matter-of-factly on his website, but concealed behind them is a young, thoroughbred of a musician from Emmendingen near Freiburg.

Johannes Maikranz started on the guitar at just nine years of age, and almost immediately discovered jazz. At fourteen, he had already earned a first prize at "Jugend Jazzt" (a German youth jazz festival).
For six months he went to see a bit of the world in Rio de Janeiro, then returned for guitar studies with Wolfgang Muthspiel at the Academy of Music in Basel, which he concluded in 2013 with a Master of Arts. During this time he began to intensively study arrangement and composition, to which his lessons under Ed Partyka, Django Bates, Aydin Esen and Qiming Yuan can readily testify.

His adopted hometown of Basel is also home base for the John Maikranz Sextet, founded in 2013. Their debut CD 6/1 was also recorded there. It documents his work up to now, and acts as the initial spark to a promising career.

"At the start of the project there were compositions which I had collected over some time, and in order to realize them, I was looking for the most multi-faceted line up possible. The sextet carries a wide range of sounds in itself, however, it is still a compact 'small band' in which a high degree of interaction is possible, and where modern and traditional forms of expression can be made audible" said the artist about his motives and intentions for this project, and added: "Fortunately, I could bring together some of my favorite musicians in this band. The interaction with them yielded inspiration for new songs, which were now specifically tailored to these musicians. After a few concerts and shared experiences, it was time to document the best parts by going into the studio together".

Maikranz: "The recording was mainly treated as though it were a live setting, but there are some arranged parts for which the band was expanded by two guest musicians (Max Asselborn – trumpet, and Fabian Willmann - bass clarinet). Consequently, the tonal spectrum of the CD ranges from intimate solo pieces up to big band-like sounds".

The debut album 6/1 sets new standards, and can definitely be seen as the start of a journey heading directly to the top.

Sparkling creativity is met here by solid craftsmanship; demanding compositions by solo flights of fancy; the light by the profound. Pieces that were written specifically for this band and which have absorbed all sources of inspiration, from modern jazz to classical music. Pieces with references to Astor Piazzolla (Astor) or Olivier Messiaen and Wayne Shorter (Messiayen Intro and Messiayen - the title arising from wordplay using both names), which combine complex layering with insistent rhythms, and where sensual melodies ally with interwoven harmonies. Or The Promise - a piece begun at a jam session seven years ago that has ripened here to its present form. In Große Steppe, Maikranz even makes a winking reference to John Coltrane's famous piece "Giant Steps", whose famous harmonic phrases are loaned for a little experience…

All in all, what a rip-roaring start!