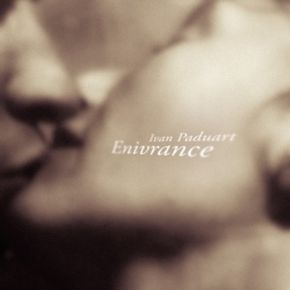 Ivan Paduart - born in 1967, the Belgian pianist and composer sat at the piano for the first time at the age of 10. At the age of 17, he discovered jazz, and since then he has been climbing steadily up the career ladder, garnering major awards and becoming recognized as a great on the international jazz scene.
His two companions on the album Enivrance, Philippe Aerts (bass) and Hans van Oosterhout (drums) have already accompanied him on his last album Ibiza (Mons Records MR 874 545) in 2013. The three artists have been musically affiliated for more than 25 years. Together, they have toured and been in the studio with Toots Thielemans, Philip Catherine, Richard Galliano, Tom Harrell, Sylvain Luc, Bert Joris, Tierney Sutton und Olivier Ker Ourio among others.

For Ivan Paduart, Enivrance is the logical continuation of his album Ibiza – the same line up, the same musical approach. And yet it has become a completely individual and independent work. Over the course of a year, Paduart composed fifteen pieces, and selected his favorite nine for this album. Each of the compositions stayed true to his leitmotif; "melody first!"

With his music, he has always tried "to first reach the heart and, to a lesser degree, the mind, and yet still stimulate both" said Paduart. He doesn't go in for gimmicks or "sexy tricks". In fact he achieves his inspired goal with pure and seemingly simple melodies, enriched with complex harmonies.

On Enivrance, he brilliantly succeeds with another chapter of musical storytelling.
Each of the nine original composition tells its own story - sensitive, humorous, very personal and with musical virtuosity.

Here is Ivan Paduart casting a little verbal light over each of the tracks:

Eruptions: "For the first piece, I chose the most lyrical. A song designed to unconsciously stick in the memory throughout the day. The melody is so straight and pure, with a gradual rise over the coarse of the entire melodic arch. At the end, the piano and drums are almost crazy... The title was inspired by drummer Hans van Oosterhout's playing; very fluent and with eruptive passages, reminiscent of the wave structure of the ocean..."

Boyhood: "I like 5/4 beats. For me there a number of different possibilities to set accents in them, while the musical theme remains open and unpredictable in its own unique way. I named the piece  shortly after seeing the film Boyhood. My thoughts there revolve around themes of freedom and a rhythmically considered transience of being..."

Paresse infinie (unlimited laziness): "The title encourages you to take a pause, breathe consciously and slowly, and to avoid any stress. In fact, it's the only way to truly enjoy a ballad..."

Molo Molo (not too fast): "This title refers to something very beautiful and romantic. On the first date with my future wife at a restaurant, after I had kissed her, she said to me 'Ooookay - but molo molo!'"

Dreams ago: "This whole composition is like a patchwork of unpredictable parts; a ride from the sea to the mountains. A little bit abstract, just the way dreams are..."
Archipels: "I've always had a preference for small islands, and I've been especially taken by the Balearics. These islands let me dream once again of all those crazy trips that already lie decades in the past..."

Enivrance: "This word is my creation and is based on the French verb 'enivrer', which means 'to be drunk in a very poetic way'. And that's not just specifically from alcohol, rather it could be a perfume that bewitches you, or another fragrance, music, a landscape..."

Lambertinade: "Lambert is my wife's last name and the piece is a tribute to her as well. She loves classical music, so I gave her this composition 'à la Schumann'. Romantic and lyrical..."

This is just a teaser, a storyboard to Enivrance. The novel, the great spectacle only reveals itself when listening!