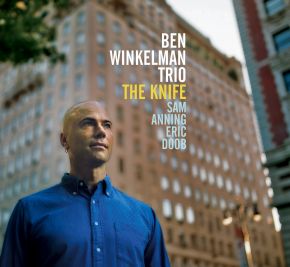 "The Knife" is pianist Ben Winkelman’s fourth trio recording as a leader, but his first since moving to New York from Melbourne in 2010. Featuring thirteen of his original compositions, Winkelman, bassist Sam Anning, and drummer Eric Doob explore their diverse musical interests, including Cuban and Brazilian music and odd meter claves. "...the genuine article, a determined crossbreeder of styles whose music is inventive and often surprising. In the era of the postmodern piano trio, Winkelman’s already claimed his place at the table.” ­ Cadence.