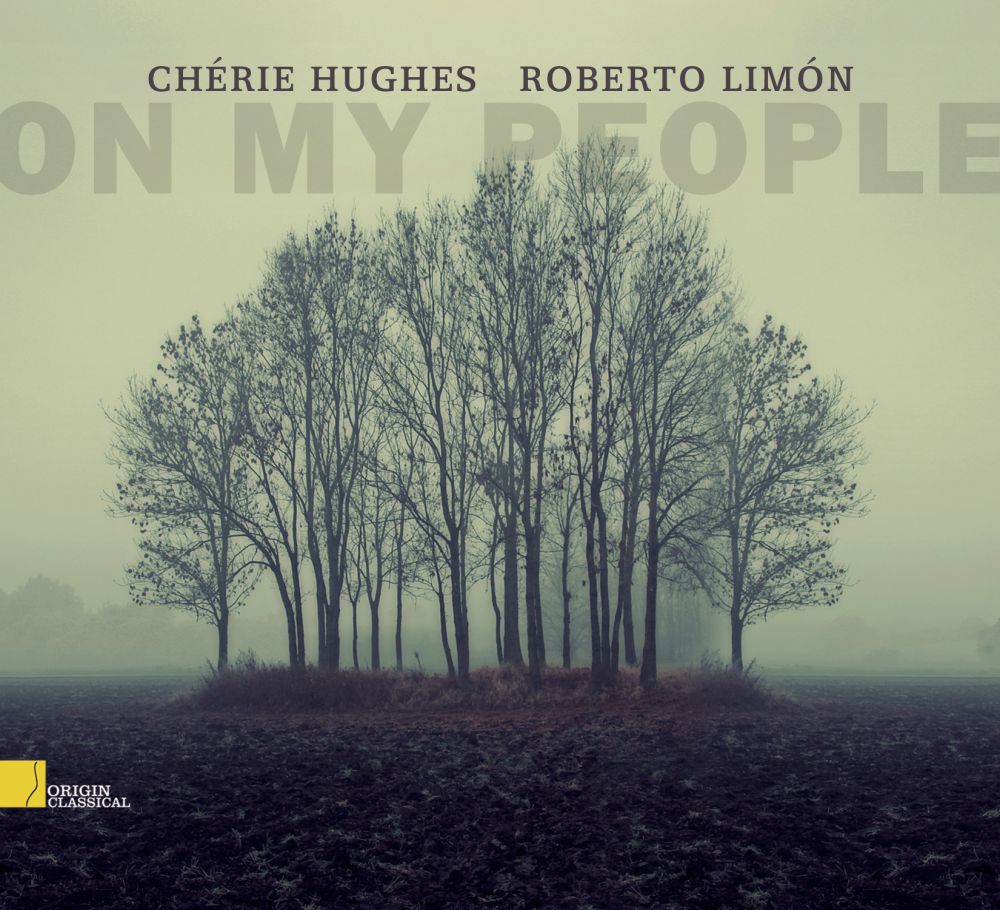 Soprano Chérie Hughes and guitarist Roberto Limón present three works inspired by the music of Spain and the Sephardic Jewish diaspora. The opening title work, composed by Samuel Zyman and commissioned in 2013 by the duo, sets an English translation by Issac Jack Lévy of a poem by Henrietta Asseo. Asseo’s family was almost completely lost in the Holocaust and the poem captures both the poignant loss of life and the hope for renewal. "Divan of Moses-Ibn-Ezra," Mario Castelnuovo-Tedesco's monumental 19-song cycle based on poetry of the exiled 11th-century Sephardic philosopher, explores the ephemeral nature of love, life, and faith. Written between 1974-1976, Matilda Salvador’s cycle, "Endechas y cantares de Sefarad," sets well known traditional Sephardic melodies with a more contemporary harmonic language.

Drawing on her many years as a professional violinist, Soprano Chérie L. Hughes is an artist of both intelligence and sensitivity. Noted for her rich vocal color and dramatic sparkle, her recent engagements include the roles of Musetta in Puccini’s LA BOHÈME with Kitsap Opera and Gretel in Humperdinck’s HANSEL AND GRETEL with Lyric Opera Northwest. Other operatic appearances have included Valencienne in Lehár’s THE MERRY WIDOW with Livermore Valley Opera, Pamina in Mozart’s DIE ZAUBERFLÖTE with Kitsap Opera, the title role in Massenet’s MANON and Silberklang in DER SCHAUSPIELDIREKTOR with Capitol Opera Sacramento,Susanna in Mozart’s LE NOZZE DI FIGARO with Rainier Lyric Opera, and Rosina in Rossini’s IL BARBIERE DI SIVIGLIA with Northwest Opera in the Schools Etc (NOISE). Her upcoming engagements include a selection of opera arias this April with the Tacoma Concert Band, and a performance of Aaron Copland’sEmily Dickinson Songs with the Bellevue Philharmonic. An accomplished chamber musician, Ms. Hughes has performed throughout the United States and Mexico. A frequent collaborator with guitarist Roberto Limón, the duo was recently selected for a residency in the 2008 Jack Straw Artist Support Program. As the Pacific duo, their engagements include a concert tour sponsored by the Mexican government’s Coordinación Nacional de Música y Ópera to Mexico City, Guanajuato, and Salamanca; and appearances at the XI Festival de Guitarra Internacional del Noreste in Saltillo, Mexico. Their repertoire includes standard works for voice and guitar by de Falla, Schubert, and Argento; as well as premieres by Mexican and Latin American composers. Invited as a guest artist to the 2005 and 2006 Chenango Summer MusicFest, Ms. Hughes has collaborated with violinist Laura Klugherz, clarinetist John Bruce Yeh, and pianist Steve Heyman in works by Schubert, Turull, Gershwin, and Mozart. Praised for the beauty of her voice and the subtly of her artistic interpretation, Ms. Hughes is a strong advocate of the art song recital. Her varied repertoire includes works of Wolf, Mompou, Hindemith, Schumann, Zemlinsky, Weill, Nin, and Libby Larsen. In the fall of 2003, she was invited to perform the complete Polish songs of Chopin for the NW Chopin Foundation. Other concert appearances have included solo recitals at the WA State Governor’s Mansion, performance of 20th century songs for the Celebrate Song Series in Portland OR, performance of Debussy songs for the Young Artist Concert Series at the Aspen Music Festival, and solo recitals for the Music for Lunch Series in Seattle. In the spring of 2003, she collaborated with pianist Michelle Beaton on a program highlighting composers from Germany’s Weimar Republic for the University of Oregon. An avid performer of oratorio, her recent engagements include the soprano soloist in Beethoven’s SYMPHONY #9 with the Port Angeles Symphony and the Soprano II soloist in Mozart’s MASS IN C MINOR and J.S. Bach’s MAGNIFICAT with Helmuth Rilling in Eugene, OR. Other appearances include the Faure REQUIEM, J.S. Bach’s CANTATA #202, and Mozart SOLEMN VESPERS. Ms. Hughes has been a winner of numerous awards and competitions. These include Collegiate Voice Winner of the MTNA-Wurlitzer New York State Competition, District Finalist in the National Association of Teachers of Singing Award in 2002, and a scholarship recipient to the prestigious Aspen Opera Theater Center in 2000 and 2001. She currently teaches at the University of Puget Sound and lives in Seattle with her husband, Michael.