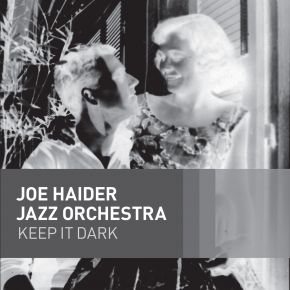 80. The number stands there as if chiseled in stone. A birthday with numbers as round as a slowly closing circle. A life lived. Joe Haider has filled a more than exciting chapter in the book of German jazz history, something that can be said with complete justification. The guy is certainly a milestone on the piano too. However, he is also one of the most overlooked and not listened to. Is he also an innovator? If you think that real innovation lies these days in resisting the oversized gripping arms of the spirit of the times uncompromisingly, then yes. And a role model? Musically in every respect. In other respects, however, the birthday boy even has doubts himself, at least in terms of his past. But one thing is certain: Joe Haider is without a doubt an original and a creator of a certain style. He is one of the most important German jazz musicians of the postwar period.
When this often underestimated, unique person celebrates his 80th birthday on January 3, 2016, then of course it must be done in an appropriate context: with a new CD. Six wind players, a rhythm section and a string quartet—all of exquisite quality—form the new Joe Haider Orchestra. A who's who of the Swiss jazz scene with trumpeter Matthias Spillmann, trombonist René Mosele, the alto saxophonist/flautist Daniel Blanc, the alto clarinetist/soprano and tenor saxophonist Thomi Geiger, bass clarinetist and tenor saxophonist Dominic Landolf, the bass trombone/tuba player Lucas Wirz, bassist Raffaele Bossard, drummer Dominic Egli and the Kaleidoskope String Quartet. On the recording Joe Haider reflects on the 80 years of his life in nine colored compositions or arrangements (from Duke Ellington's "The Single Petal Of A Rose"). The pianist remembers a Sicilian jazz fan, who always called him "Josefa", his first childhood sweetheart, whom he met at discreet places where the slogan "Keep It Dark" (do not tell anybody) always applied, his fears in an air-raid shelter in the final phase of the Second World War ("Fears From The Past"), his mother "Maria Magdalena", "Uncle Erwin", a feel-good real jack of all trades, or the beautiful landscapes in America as well as in the French Le Clos Geraldy ("Landscape" ). In addition, Haider reanimates older songs such as "Joe Calypso" (quote: "A Swabian Samba") and the well-known "Kollektiv 13".
"It's a miracle!" the birthday boy commented himself on his reaching the age of 80 "After a life full of ups and downs—I would rather have done without some of them—I have more or less gotten by without any major scrapes." "Keep It Dark" proves this in a remarkable way. Therefore, do not take the motto of the CD too literally and be sure to pass the news: Joe Haider is celebrating himself and jazz. Happy Birthday Joe!