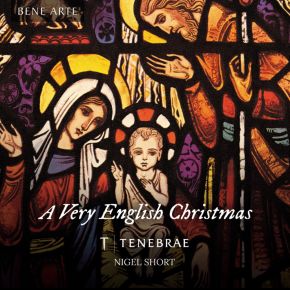 Described as “phenomenal” (The Times) and “devastatingly beautiful” (Gramophone Magazine), the BBC Music Magazine Award award-winning choir Tenebrae, under the direction of Nigel Short, one of the world’s finest vocal ensembles renowned for its passion and precision return to disc on Signum with a sumptuous album of Carols, Hymns and other celebratory works for Christmas. Among the composers to feature on this disc are John Gardner, Peter Warlock, Philip Ledger and Arnold Bax, A singer of great acclaim, Nigel Short was a member of the world-renowned vocal ensemble The King’s Singers from 1994–2000. Upon leaving the group, he formed Tenebrae, a virtuosic choir that embraced his dedication to passion and precision.